Delayed posting of one of the top news stories of the week:

Following the launch of the Community Placement Network (CPN) on May 3, about 5000 asylum seekers will be able to experience a decent life in a homestay program. The 6-week refugee homestay, an initial scheme to ease overcrowded detention centres, is expected to kick off two weeks from now. CPN is designed to accommodate asylum seekers released from detention centres on a Bridging Visa.

Australian Homestay Network (AHN) CEO David Bycroft told ABC more than a hundred applications have been lodged on the first day. Eligible refugees, mostly males of 18-25 years of age, will have the opportunity to stay at accredited Aussie homes. AHN is privately-run homestay accommodation network intended for international students costing $300 per week. Bycrfot said this scheme is the “best model” for processing eligible asylum seekers while waiting for their bridging visas and to eventually transition into community life.

Detainees stage a protest on a rooftop of the Villawood Detention Centre in Sydney in March. (Photo: AP)

Australian media, including News Corp, reported that the Australian Government has offered AHN-member home owners $250-$300 a week to accommodate a refugee guest. It will also pay a weekly stipend of between $220 and $300 to families to cover food and board for detainees. Almost 1000 detainees have been released into the community over the past two months, the paper added.

However, the Blue Mountains Refugee Support Group website clarified media reports on the costs. Quoting Pamela Carr, campaign coordinator of the Asylum Seeker Resource Centre in Melbourne, the guest by the Name of G Winston says, asylum seekers will pay$120- $140 per week for board in an Australian home under the CPN for the first six weeks and they will pay extra for food. “They will pay this out of their CAS payment which is around $215 per week. Asylum seekers get a CAS payment for the first 6 weeks when they leave detention. The CAS payment is the equivalent of 89% of Sickness Benefit (the lowest Centrelink Payment).”

The website also said, costs in detention centres range from $160 – $ 850 per person per night depending on the detention centre’s location. Over 90% of asylum seekers coming by boat are found to be refugees, get visas and will settle in Australia, Carr was also quoted as saying while the Amnesty International confirmed, “we have to remember that ultimately 90% of asylum seekers will be found to be genuine refugees.” 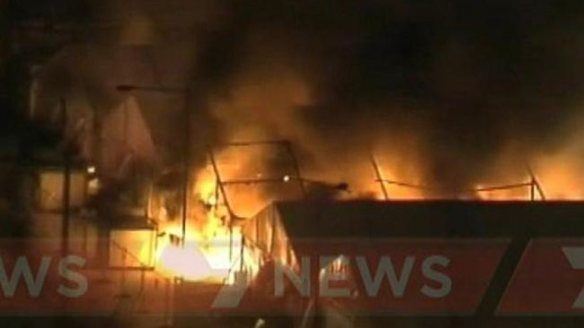 AI welcomes the CPN initiative as a positive shift to more community-based processing of asylum seekers in Australia. Dr Graham Thom, AI’s refugee spokesperson said the scheme will provide refugees with an opportunity to be introduced to the Australian community.

“We are pleased to see these positive steps relating to the processing of asylum seekers in the Australian community…Community processing initiatives like the CPN are much cheaper than detention, and much more humane, giving asylum seekers the chance to start contributing to Australian society while they wait for their refugee status to be assessed,” says Dr Thom.

The AI has done a research trip to some of the most remote detention facilities across the country and found that the detention centres “incredibly difficult for asylum seekers to understand and engage with the system.” Dr. Thom said once the asylum seekers are released from detention, they often feel isolated and disconnected within the community.

“This is a step forward and it honours Australia’s obligations under the Refugee Convention, but the Government must now continue to work towards increasing the number of bridging visa releases.”

While the CPN is fully supported by human rights organisations, the Federal Opposition immigration spokesman Scott Morrison slammed the plan, claiming it shows the Government’s desperation, recklessness of policy and out of control. He said Australians have been complaining about the rising costs of living and Julia Gillard offered to supplement household incomes by offering rent to asylum seekers.

“Labor’s decision to house adult male asylum seekers released on bridging visas in the spare rooms of Australian families is a desperate, reckless policy from a government that has lost control….The fact Australian families are now being asked to house asylum seekers who have arrived illegally by boat, including those whose claims have been rejected, shows just how desperate Labor have become over their failed border protection policies which have seen almost 17,000 people now arrive on 301 boats.”

However, a spokesman for Immigration Minister Chris Bowen, said: “This is yet another cheap shot from the Coalition, who like to demonise asylum seeker issues.”

The Refugee Advocacy Network is convinced the CPN will not offer accommodation but also a helping hand to get the refugees start learning the Australian way of life. It said this is a great initiative to complement the Australian Red Cross in its search for short-term accommodation support to eligible asylum seekers coming out of detention

The CPN is an initiative of the AHN to offer short-term homestay accommodation to eligible asylum seekers leaving detention centres on a Bridging visa. The AHN has been commended by both the Senate Inquiry into the Welfare of International Students (2009) and the NSW Parliamentary Inquiry into International Student Accommodation (2011). It is the only operating homestay organisation with benchmarked national standards, and is the leading homestay provider within Australia. The CPN operates under these national standards.