An International law expert from the National University of Australia said Australia cannot stop the Japanese from whaling in the Southern Ocean and its relentless monitoring activities have no legal ground.

Donald Rothwell told the ABC  that Australia’s surveillance may compromise the country’s claim to sovereignty over the Antarctic.

Nisshin Maru rams The Bob Barker in a series of clashes in the Southern Ocean. (Photo: Sea Shepherd)

Well the key issue that really needs to be asked is what is Australia’s capacity from a legal perspective to undertake any form of surveillance or monitoring and ultimately law enforcement against Japanese whalers in the Southern Ocean?

From the international law perspective, it’s really not in doubt that Australia has no capacity under international law to seek to go and enforce the provisions of the whaling convention against the Japanese whalers.

Japan, for one, does not recognize Australia’s sovereignty beyond its Exclusive Economic Zone and will not bow to any pressure from the International Whaling Commission (IWC) to impose a prolonged and “unnecessary” whaling moratorium.

The Japanese Ministry of Foreign Affairs, along with other previous Japanese governments, made this point clear long time ago. The Ministry pointed out that Japan “strongly supports the protection of endangered species” but it also needs to defend its research activities which prove that “whales are not endangered.” Japan maintains its position as responsible and that that it uses a comprehensive approach to whaling and sustainable use of marine resources.

This year, Japan’s Minister for Agriculture Forestry and Fisheries, Yoshimasa Hayashi,  informed the IWC that the Japanese fleet would be operating anywhere between waters south of Africa, and south-east of New Zealand.  He added that he had issued “special permits” to send the fleet to take up to 935 Antarctic minkes,  50 fin whales, and 50 humpbacks. 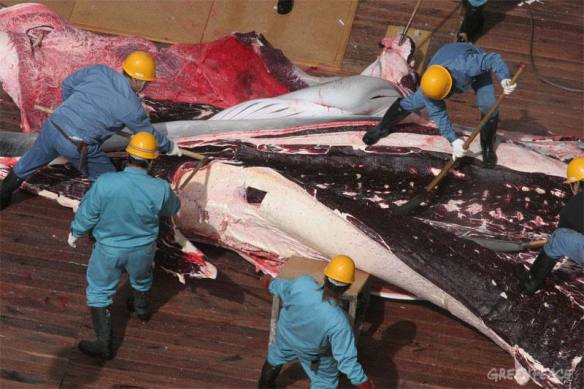 In defiance to the IWC, Norway and Iceland are helping Japan to import tonnes of whale meat this year.

Iceland is shipping the bulk of whale meat and blubber to Japan’s Kyodo Senpaku Kaisha Ltd via Norway. Kyodo is implicated in the controversial whaling within Australia’s Southern Ocean Whale Sanctuary.

Kyodo Senpaku Kaisha announced in December last year that it would begin imports of Norwegian whale meat in 2014. The company said the imports will be sold “in order to help subsidize future Japanese scientific whaling efforts.”

Another Norwegian company, Myklebust Trading AS,  also sought government’s permission to ship up to 34,381 kg of minke whale products to the Toshi International Company in Japan. This would be the second shipment from Myklebust to Toshi since 2013, AWI said. Statistics shows that 14.1 metric tons of whale meat were imported from Iceland into Norway in February 2013.

AWI said anti-whaling countries are enraged with the latest Japanese whale imports that will soon spark protests before the International Court of Justice which is expected to issue a ruling this year on a case filed by Australia calling for Japan to stop whaling. 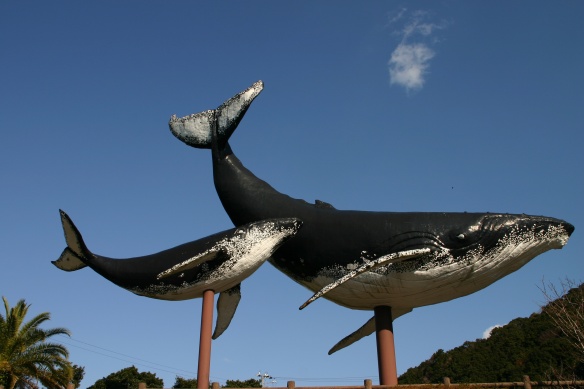 The iconic whales at the entrance of Taiji (Photo: Japan Focus.org)

Taiji, a small town in southeastern Japan, notorious for its tradition of marine mammal slaughter, has forged community alliance to support the long-held tradition of whaling. This township stubbornly insists that “whales have no national borders, they live in deep seas, and  migrate freely across and through the waters of national jurisdiction, hence different people have different views about the whales.”

The general perception of whale in Taiji is that whale is part of the marine food resources, and whaling is no different from hunting and farming.

It is believed that Japan and Iceland have the longest life expectancy — possibly attributed to people living a lifestyle of a balanced diet coming from the sea.

In its Declaration on Traditional Whaling (2006), summit attendees denounced the “double standard” given by conservationists to criticize whaling as a cruel act.

Among the many points of the Declaration,

It is a double standard by giving a name to a particular whale” (read – dolphin!) and treating the issue on the individual animal basis while promoting culling of over-populated wildlife (kangaroo, deer, and camel) by treating the cull issue on a species basis for the sake of preservation of species and not focusing on its aspect of cruelty.

The Japanese Yushin Maru No.3 also pursued The Bob Barker, but it stopped the chase when The Bob Barker crossed Australia’s EEZ, 200 miles of Macquarie Island. The harpoon ship stopped one mile outside the zone, the SSA Captain Peter Hammarstedt reported.

The Steve Irwin and The Sam Simon have been patrolling the Southern Ocean Whale Sanctuary in pursuit of the Nisshin Maru. SSA said the Japanese vessels have been running for more than a week with little likelihood of being able to stop to poach whales.

SSA Chairman Bob Brown, for the first time, was in high spirits and satisfied with the support of the Federal Minister for the Environment, Greg Hunt. Brown said Hunt has been contacting the Japanese authorities over the impending invasion of the Australian Whale Sanctuary, which includes the EEZ, by the harpoon ship.

“Once again Sea Shepherd has seen the Japanese whaling fleet’s tactics thwarted. But we are mindful that the fleet is publicly committed to killing another 931 Minke Whales as well as 50 Fin Whales and 50 Humpbacks,” 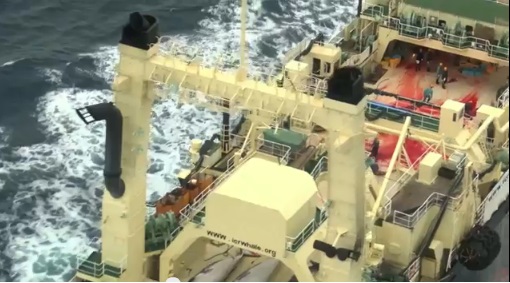 The Green Journal kicked off and finished neatly in 2013 – thanks to its growing readership and supporters like you!

Not mentioned in this report, however, is the growing recognition of this platform by campaign leaders not only in Australia but leaders in the international community.

This year, The Green Journal is aiming higher to serve its purpose. Thank you all and have a great 2014!

The WordPress.com stats helper monkeys prepared a 2013 annual report for this blog.

A New York City subway train holds 1,200 people. This blog was viewed about 6,900 times in 2013. If it were a NYC subway train, it would take about 6 trips to carry that many people.